Rep Athletes are expected to keep a high educational standard and be student-athletes. Our Coaches review report cards to ensure our athletes are achieving meaningful results in school and are motivated to excel in both the classroom and on the basketball court. 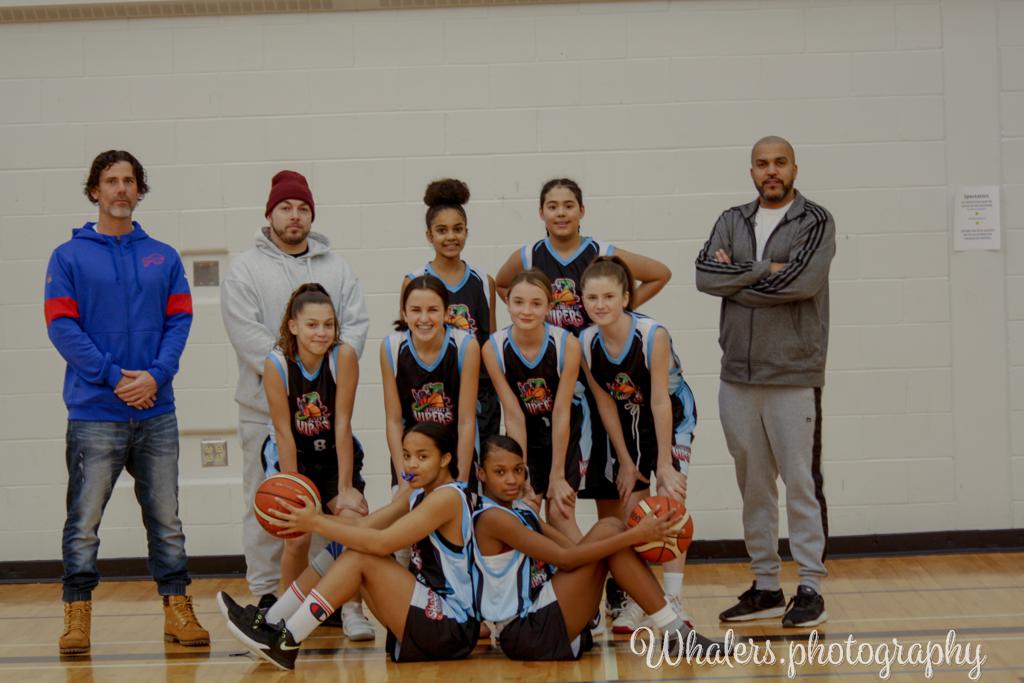 The Tri-City Vipers Rep. Basketball Program offers opportunities to players who wish to take their game to a higher level. The focus of the rep program will be on skill and team development. What separates the rep program from the house league program is the level of competition that players will confront and the level of commitment demanded of each player.

Vipers rep basketball is a competitive program for girls from ages 9 to 19 years old. Our REP tryouts commence in august and are complete in September.

All Vipers coaches are certified, police screened, and qualified for their position. Coaches and their managers are responsible for their assigned team.

It is our intent to provide opportunities for participation at the rep level for girls and boys for the following age groups:

The benefits of being a Vipers Rep Player:

Our Vipers rep program is committed to female athlete development and providing girls the opportunity to learn and excel in the game of basketball.

Our tryouts commence in August and are completed in September.

Participation in the rep program is open all players, however, it is contingent upon trying-out and making a team. If your daughter does not make the Vipers Rep team we have other programs within the Tri-City Vipers Basketball Club that may be an option like our Vipers Select Teams.

The Rep Season will run simultaneous to and extend beyond the MBANS season. It will consist of minimum two weekly practices and participation in a number of local and out of province tournaments. All participants in the rep program will be required to pay a fee which will be determined prior to tryouts.

Players at the Rep. level must demonstrate exceptional skill, athleticism and strong commitment to the game of basketball.

Players are selected through a series of open tryouts in late summer and early fall. (Pleas keep checking this site when tryouts will be taking place). There is a small fee for tryout for our rep teams ranging from $10 - $25 dollars. The rep. season runs from September to June. Teams will play in various leagues and also play other MBANS clubs and play in 3 to 5 tournaments including the Montreal Classic.

Tri-City Vipers Rep. Basketball program is intended for athletes who are committed and serious about playing basketball at a competitive level. It is very difficult to play competitive basketball and another competitive sport. Players are expected to put rep basketball ahead of any other team sport. Schoolwork/activities always take precedence over rep basketball.

Tri-City Vipers Rep. Basketball is a volunteer organization and every parent of every player is expected to commit to a volunteer effort to help the teams run. This commitment need not be more than a few hours on an occasional basis, but it is essential. Your Managers (who are also volunteers!) will outline the volunteer jobs during the first team meeting.

The individual team goals may vary based on the age of the players on the team coached. All teams will focus on skill development, teamwork and sportsmanship in a competitive environment.

During the season teams will practice two to three times per week for 1.5 to 2 hours. For the teams that do not start their season immediate (high school aged players), they will practice once a week until their season begins. Teams will usually compete in league games, a number of away tournaments on weekends. The tournaments and league games usually take place in around HRM and other parts of Atlantic Canada. There may also be opportunities to participate in tournaments in Ontario, Quebec and in the United States.

HOW LONG IS THE SEASON?

As part of the registration fee players will receive but not limited to:

For any further information regarding the rep program please contact us at info@tricityvipers.ca